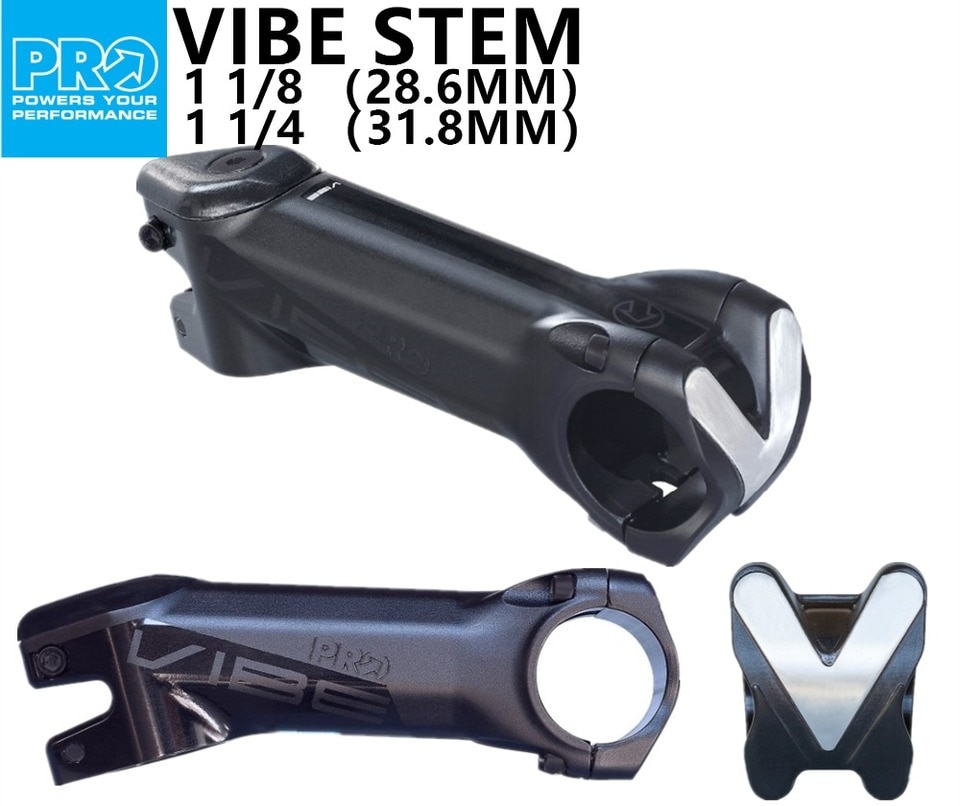 Yes! – the XR4 frame kit has arrived to Velo-Oxygen, the local bike shop! Time to start building the bike. So I rushed to take the handlebar, stem and some other parts there.

Being no bike mechanic myself, I failed to nail the stem purchase. The stem I had was 1 1/8", or for a slightly wider head tube (Canyon).

I needed 1 1/4 version for Oltre. So I rushed online, found one on Amazon.de, and ordered it right away. Only that when discussing with my mechanic next day, he pointed out that the one I ordered was only 110 mm (instead of 130 mm).

Uuh ooh. I left it to him to get the proper stem, as far as it is Pro Vibe (not Pro PLT that is not as stiff).

What is all this realism! After Zwift, Rouvy provides a different kind of a virtual experience.

Rouvy has its own routes with actual on-the-road video. The main thing is the feeling that you maintain the 'FPS' view, and feel like riding for real – even though Rouvy superimposes digital riders and other signage, like flamme rouge on the scenery.

No "Trainer difficulty" slider à la Zwift available. On Rouvy, racing means a very real experience. With a standard crank set and 11-28 cassette the 15+ percent slopes are super hard to tackle. On the video above, you see me pushing with a cadence below 40 in the hardest parts.

Rouvy users can upload their own video and GPX as well.

If you've been reading this blog for a while, you know how much Taiwan KOM Challenge meant to me. I even uploaded my GPX from that event to Zwift and tried to "re-ride" it some while ago.Alas, there was no resemblance to riding along the Taroko Gorge.

Now, on Rouvy, I did some extensive searching. Did not succeed by file name, nor on the map. Luckily it's also possible to search by length and ascend. Found: the Taroko Road was available, all to way up to Wuling Pass. 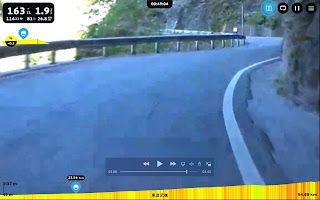 What a feeling to ride it again! The video moves just the pace I happen produce while doing my virtual ride. This time I did only the beginning, the easiest first hour.

Click on the screenshot beside and see a couple of minutes worth of it. The video quality is poor but that didn't bother me much.

In this way you may find your favorite routes as well.

I've been Zwifting quite a lot. I like the gamified and social experience. Rouvy is a different beast, something to be tamed by more serious cyclists. No instant rewards here. Lower (more realistic) average speeds, especially with double draft. Not possible to freewheel down the alps top speed even in hairpins.

It may be best to subscribe both Zwift and Rouby. 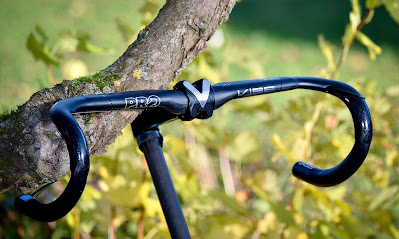 After some research I ended up buying PRO Vibe Carbon Aero Superlight handlebar & PRO Vibe stem at Bike24.com. So, there you see the first new parts for my next road bike. Attached to a broom shaft, not made of carbon.

It would have been neat to get an integrated handlebar like Metron Vision 5D or 6D. Alas, they don't make those with sufficient reach and drop. Vibe is a bit too compact to my taste but it's difficult to know before buying as the local bike shops don't have such on their shelves. 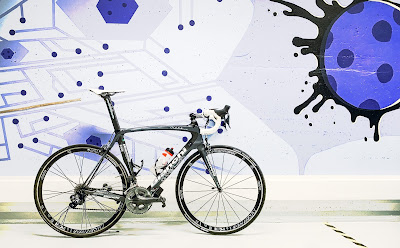 I could just wait and see if I was only to work from home. But I want to get back on the saddle and I need to get to the office too, so I'll find a test lab tomorrow.

"But now, evidence is emerging that the virus can cause heart damage even in people who’ve had mild symptoms or none at all, especially if those people exercise while they’re infected." (Wired.com) 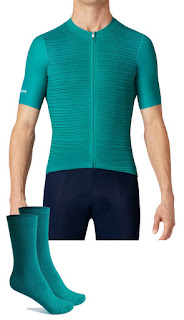 Having completed the first step of getting a new bike – ordering the frame – it was time for the next big move. The apparel.

I place the ordered on Wednesday evening. Half an hour later I got a message that the order had been shipped in Brescia, Italy. On Thursday DHL informed me that the shipment will be delivered on Friday. And so it was: exactly two days from making the order I got it.

All my items were packed inside a blue musette – a nice little gesture. The return items form and the plastic bag were inserted neatly in a cardboard pocket like a quality hotel room service list. I was also assured by their sustainability, see elasticinterface.com).

The XXL sized apparel fitted this 187 cm / 85 kg male perfectly. Alas, it may be spring when I'll be wearing them and cruising the roads on my new bike. 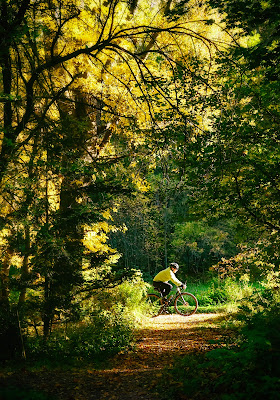 It's windy, though. So, stay on the forest trails or put some warm on.

Now we'll walk the dogs across the fields by the river. Later in the afternoon it's time for riding.

There is a bicycle factory in Treviglio, Italy. 30 km East of Milan. Thanks to the decision I made this week, they will know where to ship one of these frames.

Well, not exactly any of this particular set, as this photo was taken by Criterium Cycles who visited the factory in 2016 when Oltre XR4 was unveiled to a selected group of cycling journalists and other worthies.

How about the cockpit? Integrated seems to be the buzzword of the day. On the plus side, the internal cable routing looks good and clean. On the minus side, in order to change the reach or the handlebar height, you have to change the whole stem-handlebar combo. Expensive.

It seems there are some other options where there are separate stems and handlebars. For now, I've found Prime Primavera Carbon and Deda Vinci. Still, some questions arise. How about service and maintenance? Will it be too complicated if I want to change the stem ? Do I want an aero handlebar on this bike?

The frame will be here in a month. It may well take another month to get and install the components. But I don't expect to ride with that bike before next spring anyways.